One year since I started "active" actions in understanding what is on the other side of malware/mass infection campaign. Will share in one picture how i figure things.
( I hope to have many feedback to fix/adjust my understanding )

Straight to the visual :


And now here are basic explanation to read the illustration (even if most of you don't need it :P ).
I won't talk about what happen after infection (data/voucher code reselling, money laundering, etc...). It's another story.

I will first talk about a concept to which i will often refer, the forest hiding the tree, or the "Poke A Mole board".
On previous map, most of the steps are represented by a single node but even small groups will hide the real node/bad server behind redirectors/reverse proxies. It's easier to recreate a redirector than rebuild a new server once a node is burnt (read: blacklisted by browser internal protections or antivirus or other filtering tools).
The smallest group will have one server and multiple IP, then we'll see some groups with one server and one redirector with multiple IPs, and bigger groups can daily add many redirectors.

This is how you can reach this kind of architecture for a single exploit kit :

or even bigger ( I saw one Blackhole with up to 2400 ips available to reach it...at least 1940 when it was also hosting a Ransomware C&C)

Same goes for Domains. Having hundreds of domain allow bad guy to switch from one to another and escape domain based blacklisting. Managing domain generation/rotation can be manual, "outsourced", built-in the tools or managed by dedicated tools. I'll give more details later.

One other great illustration for both, was back in february/march 2012, the Sinowal/Torpig group hosting its custom Blackhole on infected nodes of its botnet and making it reachable via Fast-Flux && DGA (based on Twitter trends).

this is how you get infected (as I focus on Ransomware, I won't talk about USB/Network Share etc..
<edit 2013-03-25> Some crypto-ransomware are now deployed after RDP compromission. Bruteforce on windows server and Via Remote Desktop Protocol. </edit>

- Compromised website : one website has been compromised either using a vulnerability (usually on outdated CMS) or using stolen credentials from owner, modified to redirect visitors to the infection.
There are a lot dedicated tools to manage a huge amount of iFrame on website with known credentials or kown vulns 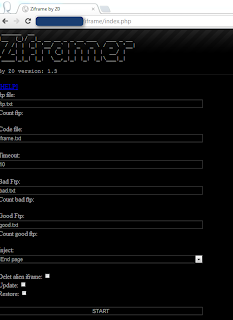 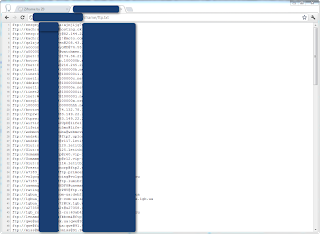 - link to compromised website or exploit kit
- binary as attachement, or document with link to the exploit kit

( Matsnu/Rannoh mainly spread by mail, and skype was used to redirect users to BH EK 2.0 then Ransomware )

To figure out more about that you can read:
Threat Outbreak Alerts (Cisco)
Dynamoo's Blog

- the victims download the binary by themselves thinking it's something else (a "free" version of a paid game, an indispensable video plugin, a disinfection tool, etc...)

Not a "real" one as it's in fact an already infected computer which is being pushed another malware. ( See for instance Reveton pushed in a Smokebot. I saw also Lyposit, Vicas, Urausy pushed that way ) .

This block cover all the steps between the first redirection to the exploitation. This is the "Traffer Zone".
Depending on how many actors are involved/how mature are the groups you can see a huge amount of hops.

When modifying a saved legit page is not enough to build a fake site, there are dedicated tools to do this.

Dedicated TDS. Those TDS can be hidden behind forest of redirectors/reverse proxies.
They are redirecting traffic based on country/browser depending on the needs (client requests).
One TDS will often serve different exploit kits depending on the countries/sources of people hitting it.
Sutra,

Other tool : Traffic Shop Analyzer the father of Ninja-TDS


The RunForestRun campaign that was including DGA was a traffer side work.
The js were redirecting to a TDS who could then redirect to other TDS or to Exploit Kits (We saw at least Blackhole and Redkit).

Won't spend a lot of time here. These are places where traffer/EK operators can register and can sell/buy traffic. There are tools to build this kind of platform

Tools/utility that cover the need for fast/mass domain rotation.
Most exploit kits have built-in features for this.
This was one of the addition to the version 2.0 of Blackhole Exploit Kit.
This is one of the big feature of Redkit (domain every hours, path every few seconds) , it has also been added to ProPack. The group behind the Cool EK pushing Reveton has also a backend system (I saw at least ten IPs ) with an api to serve active hijacked domains to traffers
Tools :
Qpi Rotator

.
Note that most tools on the path are able to check how clean is a binary, exploit pack or domain. 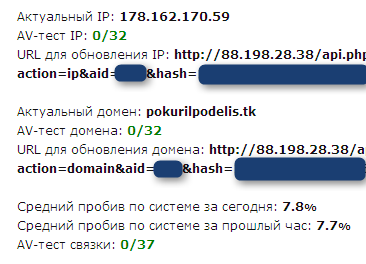 This is a key point where all independent actors exchanges service offers and establish contacts. Reading this blog you'll see many screenshots of announcement or services offer. Forum are also often the place where conflict are solved in section often named "Black"/"Blacklist".

If you want an idea on the diversity of services take a look at this advert collection :
http://kafeine.minus.com/mnrcD1JxAzu2U (focused on : Traffing, Hosting, Crypting, Virtual Currency Echange, Ransomware affiliates etc...). These advert are found inside services (Forums, Scan, Crypt, Blackhole..etc)

So behind an infection there is a dark economy in turmoil with a lot of specialized individuals/groups.
We can spend a lot of time discussing about each hat/job in the path. From the domain registration to the hosting, from the coding to the spreading but it was just an eye glance :)